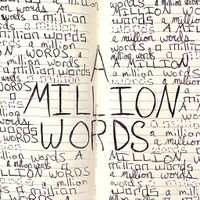 From the recording A Million Words

I read in the books about fairy tales
And knights to come take me away
And so I took you into my kingdom
And for a while, you would remain

You were all of the things that I wanted
The artist, the sensitive type
I read to you in the evenings
By the lingering glow of twilight

Back then we had a million words, and everything to say

I remember the sound of your leaving
The footsteps and quiet “goodbye”
Who knew that your words, once so beautiful,
Would become so much more unkind?

Now I had a million words, but none that I could say

Now I’m missing the smoke in your cardigan
The whiskey-rimmed glasses and cheap cologne
Like the books, now untouched, I am covered in dust
For once, completely alone